Winchester Historic Homes – The Dowdall-Kurtz House:  The large stone home featured today is part of what was known as Lot 8 in the original Town of Winchester, part of the 1752 Plan as conceived by Colonel James Wood and Lord Fairfax.  As we have recently learned in our studies regarding Winchester’s History, all of these original in-lots that were part of the birth of The Town of Winchester were sold with an out-lot, usually five acres.  In this case, the accompanying lot was Lot 77, on which today stands the National Fruit Products facility.  It continues our featured historic homes along our tour path along the Old Town Walking Mall and is right next-door to our recent Tasting Tuesday Featured Shop:  Flavor Pourfection.  (Blog post continues below…) 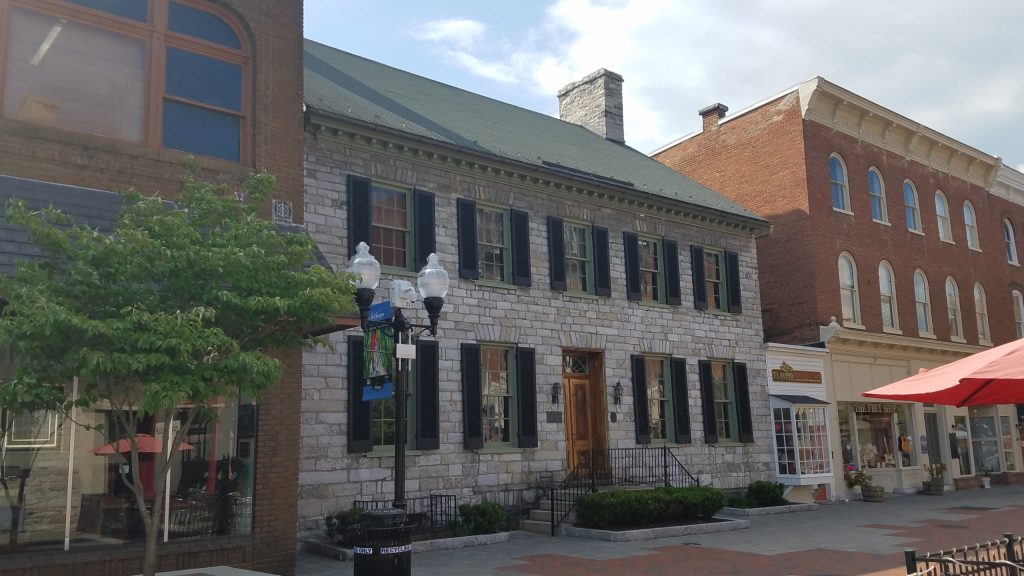 The land was originally conveyed to a one William Cocks (in various documents also spelled Cocke and Cox), a man active in the French and Indian War, ultimately reaching the rank of Captain.  He served in the Virginia Ranger Companies during periods between 1755 and 1763.

On this Lot Number 8, Cocks reportedly built an inn or tavern and another house.  There is also evidence that General George Washington stayed at William Cocks’s Inn; a ledger entry from 1755 indicates that Washington paid for servant-maid services at a time when he and General Braddock were in town, which were several between 1749 and 1758.  In 1756 another ledger entry indicates payment to Captain Cocks for rental of his home, the payment of 40 pounds representing a year-long rental obligation at the time.  Shortly subsequent to this period, General George Washington moved up the street to Fort Loudoun, the location of which is just outside of the Old Town area on North Loudoun Street, and you can visit the location and see historical markers of Fort Loudoun there.

Along with other record evidence, these in total make this historic home one of great historical significance in the area. 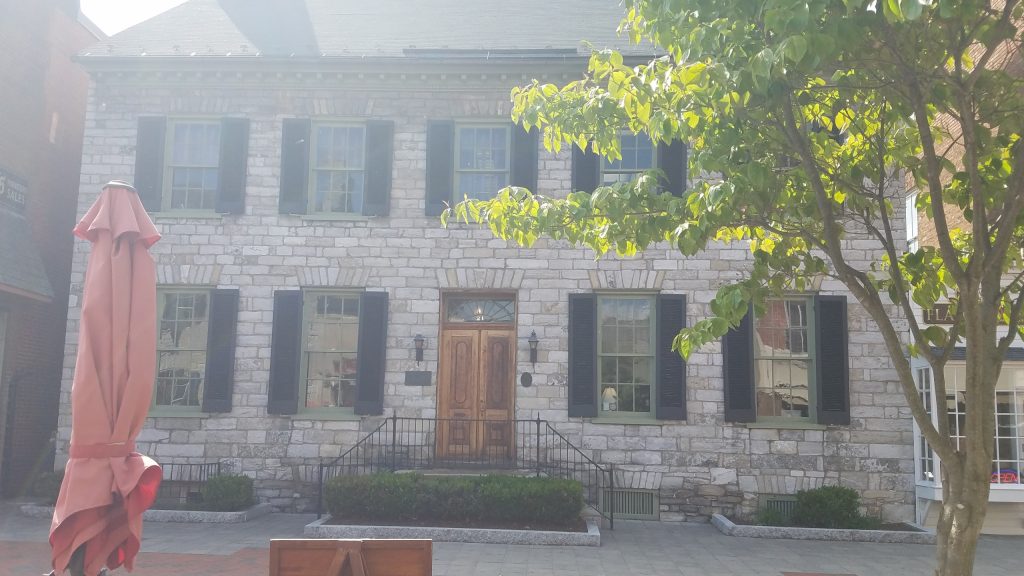 The first name attached to this house comes in the aftermath of a lawsuit that was ultimately settled with the conveyance of this property in 1769 to James Gamul Dowdall.  It is Dowdall who built this particular home on the lot in 1792.  Dowdall was a charter member of the local Masonic Lodge and a was a prominent resident of the Town of Winchester.  There are also records indicated that the very same James Dowdall served in the Revolution as the name is attached to Company 7, a regiment of rifleman associated with Daniel Morgan.

On this property at this time, according to sales records, would have been a barn and some stables..  It was from the time of his death in approximately 1809 until about 1894 there were several transactions before we reach the Miller name that is also a part of this historic home’s designation as the Dowdall-Kurtz House.  In October of 1894 the property was conveyed to one George W. Kurtz, another prominent citizen of the Town of Winchester for more than 80 years.  He served as a member of City Council, was on the Handley Board of Trustees, was an elder in the Presbyterian Church, was one of the original Trustees of Stonewall Cemetary, a member of the Virginia Board of Embalmers, and was also a distinguished officer in the Confederate Army… fighting in most of the major battles in and around the area.  After a very busy and historical life, George Kurtz died in Winchester in November of 1926. 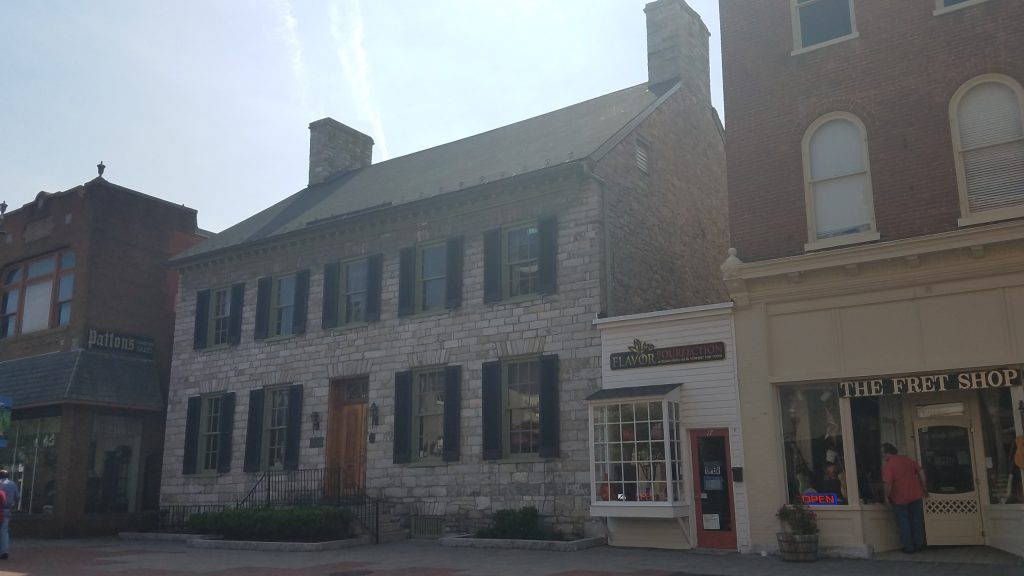 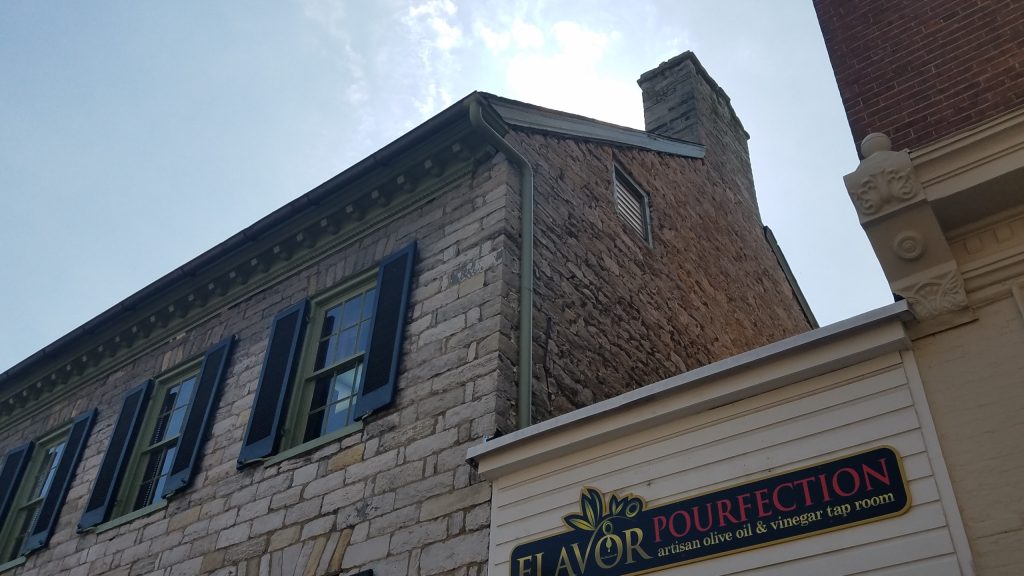 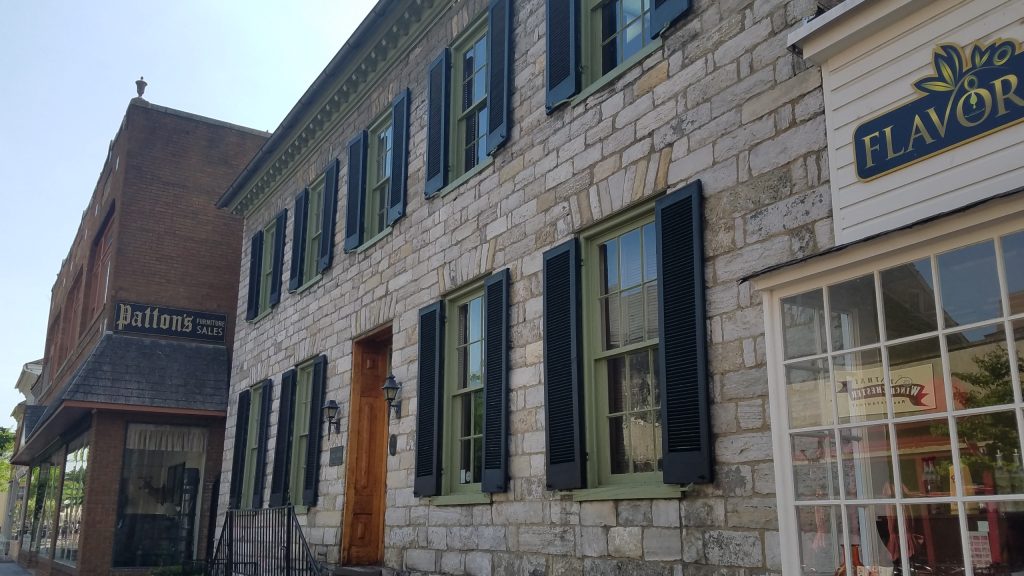