Winchester Food Tour at The Tomb of Lord Fairfax

Getting back into the Tasting Tuesday groove, the Winchester Food Tour Team at Taste Winchester History ventured out to visit the Tomb of Lord Fairfax, again featuring one of the endless and wondrous relics that harken back to the birth of Winchester, Virginia!  It is located at the Christ Episcopal Church in Winchester, Virginia at 114 West Boscawen Street right downtown and we were live to do one of our historical tastes of Winchester for this segment. 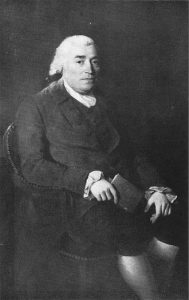 This conveyance was made from Lord Fairfax’s Northern Neck Proprietary, an expansive landholding that comprised approximately 5,000,000 acres that lay between the Rappanannock and Potomac Rivers, the Chesapeake Bay, and extended to the Blue Ridge Mountains.  This land grant came from exiled King Charles in 1649 and included all the land bordered by the Potomac and Rappahannock Rivers in Colonial Virginia. When Charles II was restored to the throne in 1660, the land grant became official.  It was an area roughly one-quarter the size of Virginia!  The Fairfax Grant was created as a result of the English Civil War in the 1600s, a reported political payoff to allies of King Charles II during his rise to the throne the aftermath of Charles I’s execution.

Born in England, Lord Fairfax came to Virginia around 1735 , moving to the Shenandoah Valley in around 1747. He eventually lived in Greenway Court in present day Clarke County, while managing his landholdings. In 1749, he was named a Justice of the Peace for Frederick County, and also served as one of the justices of the County Court of Chancery that met in Winchester, Virginia.  He was also a County Lieutenant for a period of years.

A friend, neighbor, employer, and mentor of George Washington, who looked up to Lord Fairfax, Washington’s rebellious ways against the Crown of England was born of his failure to achieve the level of wealth and status of Fairfax in conjunction with the Crown’s refusal to grant Washington a Royal Officer’s Commission during the 1770s. 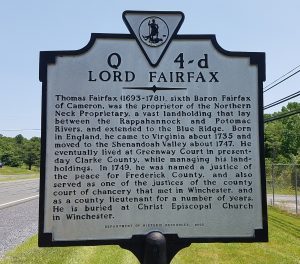 Lord Thomas Fairfax, 6th Baron Fairfax of Cameron, was born October 22, 1693 and died December 9, 1781.  Lord Fairfax was the only English titled nobleman ever to reside permanently in the American colonies.  Greenway Court was where Lord Fairfax made his home.  The estate of Greenway Court was situated approximately one mile south of what is now White Post, Virginia, near route 277 in Clark County.  The original hunting lodge that served as his home is no longer standing; but the limestone building used as his land office remains.  Fairfax never did complete a planned palatial mansion as he had intended.  His impact on the region and Colonial America was, in an understatement, substantial.

You can read a wealth of much more highly detailed information, very interesting early historical maps and surveys, and many other source links to learn more about how the Fairfax Grant was laid out, the contentiousness of interested parties, right up to, through, and beyond the creation of the Town of Winchester, and up to the point where the Grant ceased to exist here:  The Fairfax Grant.  And still more on the life and times of: Lord Thomas Fairfax, 6th Baron Fairfax of Cameron.

From the tablet laid upon the top of the Tomb of Lord Fairfax, the inscription:

Under this spot repose the remains of Thomas, Sixth Lord Fairfax of Cameron. son of Thomas, Fifth Lord Fairfax, and Catherine Culpeper, his wife.  Born at Leeds Castle, County Kent, England, October 22, 1693.  Died at his propriety of the Northern Neck in Virginia, December 9, 1781, in the eighty-ninth year of his age.

He was buried in the original Frederick Parish Church at the corner of Loudoun (Main) and Boscawen (Water) Streets, whence his remains were removed to this church in 1828; where they were re-interred in 1925, when this tablet was erected by the vestry of Christ Church.

So contrary to our confusion in the video, had we read the tablet atop the tomb more closely, we would have actually confirmed that the gentlemen passers-by we spoke to before going live were correct in that he was originally interred on Loudoun and Boscawen Streets at the original Frederick Parish Church. 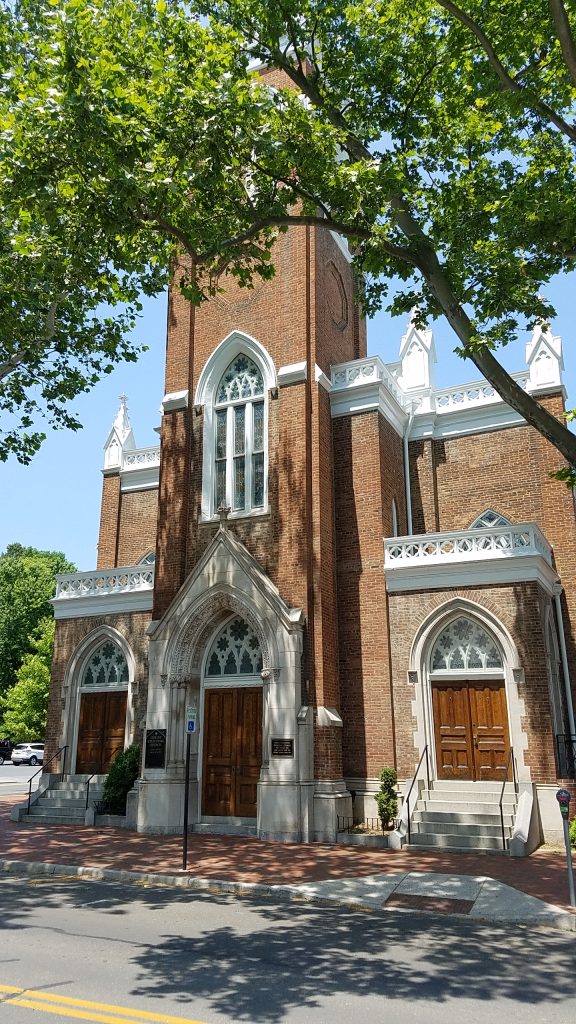 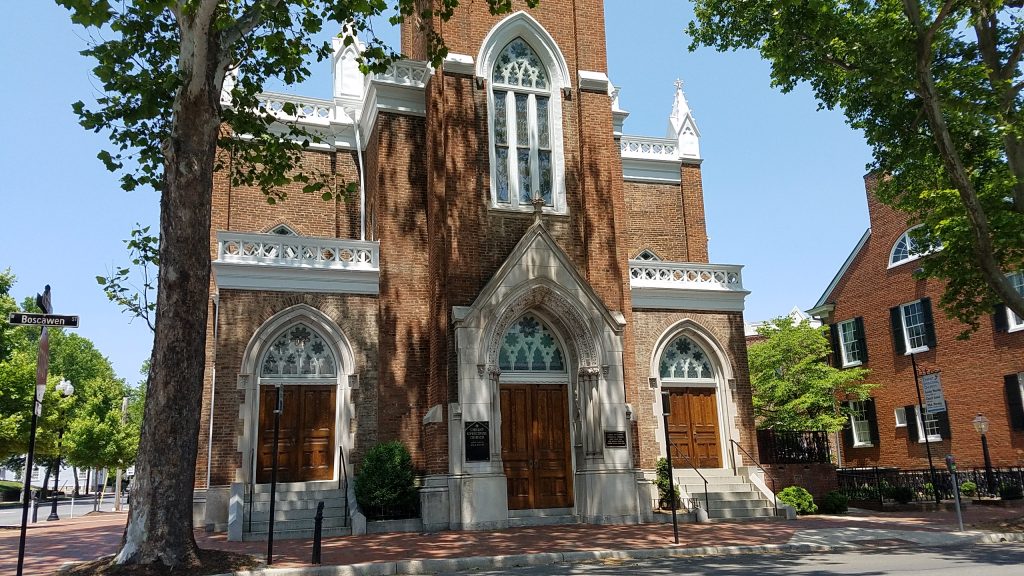 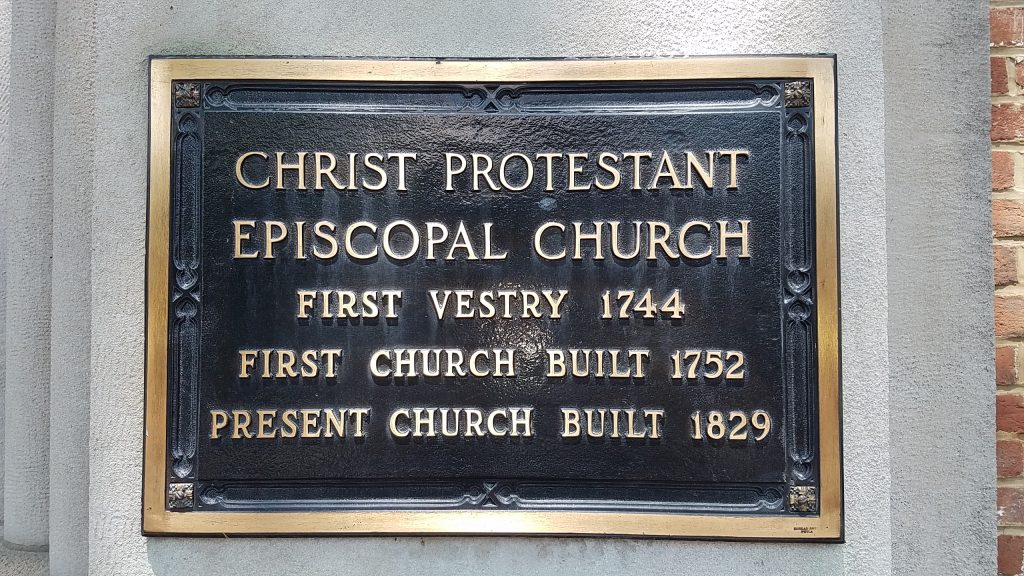 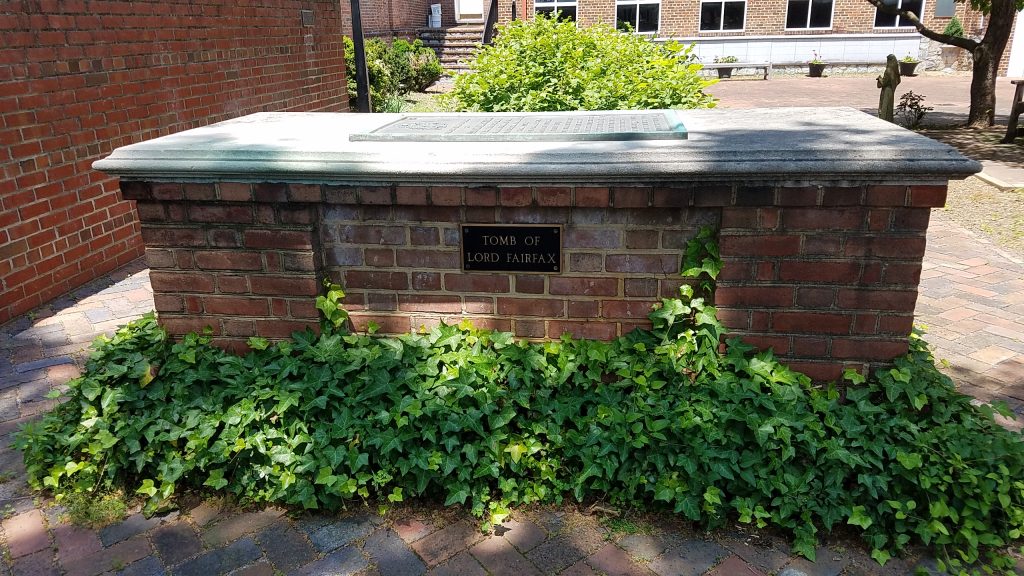 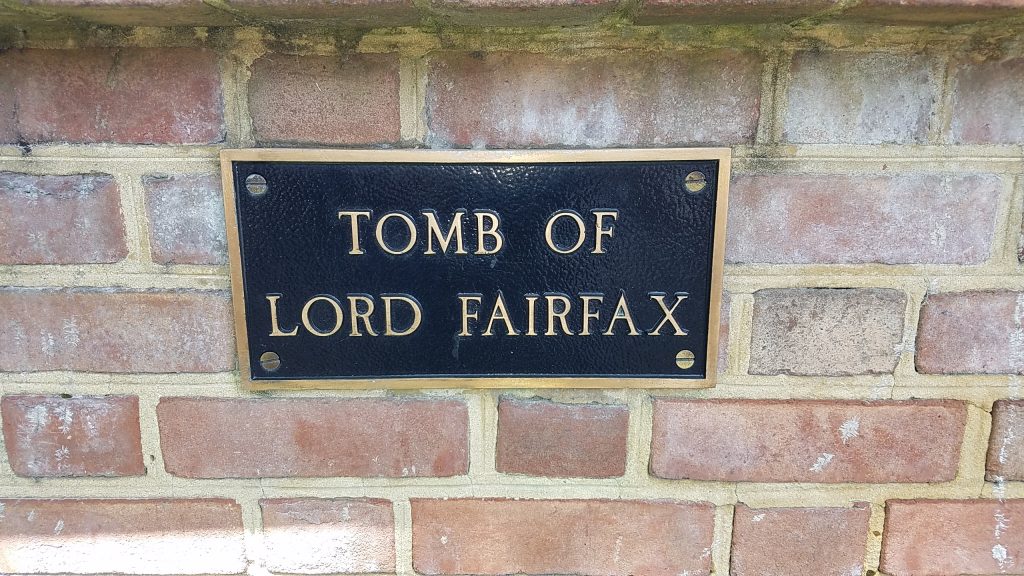 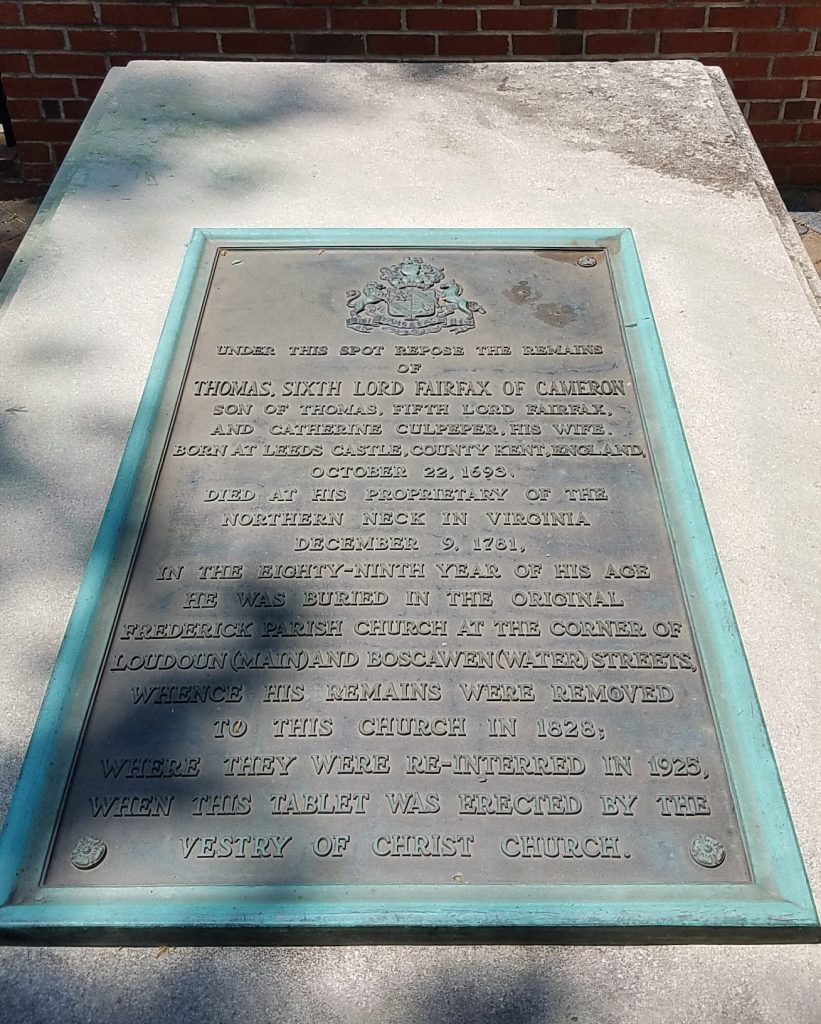