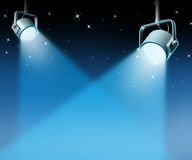 Continuing the Winchester Historic Building Series, the Winchester Food & Beer Tours shines the spotlight today on the Lloyd Logan House, a Winchester Landmark that dates back to the year Winchester was formally chartered, 1752.  You’ll find this stunning building at the corners of Braddock Street and Piccadilly Street at the address 135 North Braddock Street.  The was known then at Lot 54 in the Town of Winchester and was first granted by Lord Fairfax to John Feif in 1755.  In 1788 Feif sold the lot to John Nicholas Sperry who subsequently passed it on to his son, Lewis Sperry.  In 1820 Lewis conveyed the property to John Miller. 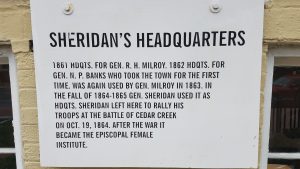 It wasn’t until 1848 that descendants of John Miller conveyed Lot 54 to Lloyd Logan whose name is the one attached to this Winchester Historic Home.  Lloyd Logan at the time was a prominent merchant in Winchester specializing in tobacco.  He also served on the City Council.  Shortly after the lot’s acquisition, Lloyd Logan built the original large brick home which some time later had some structural changes and additions added.  Soon thereafter came the Civil War and their home was soon taken over by the military.  Federal General Milroy and Federal General Sheridan used the property as headquarters during the war.  The sign standing there today indicates, 1861 Headquarters for General R. H. Milroy.  1862 Headquarters for General N. P. Banks who took the town for the first time.  Was again used by General Milroy in 1863.  In the fall of 1864-1865 General Sheridan used it as headquarters.  Sheridan left here to rally his troops at the Battle of Cedar Creek on October 19, 1864.  After the war it became the Episcopal Female Institute.”  It was also later known as the Elks Lodge.

Photos, including some historical renderings: 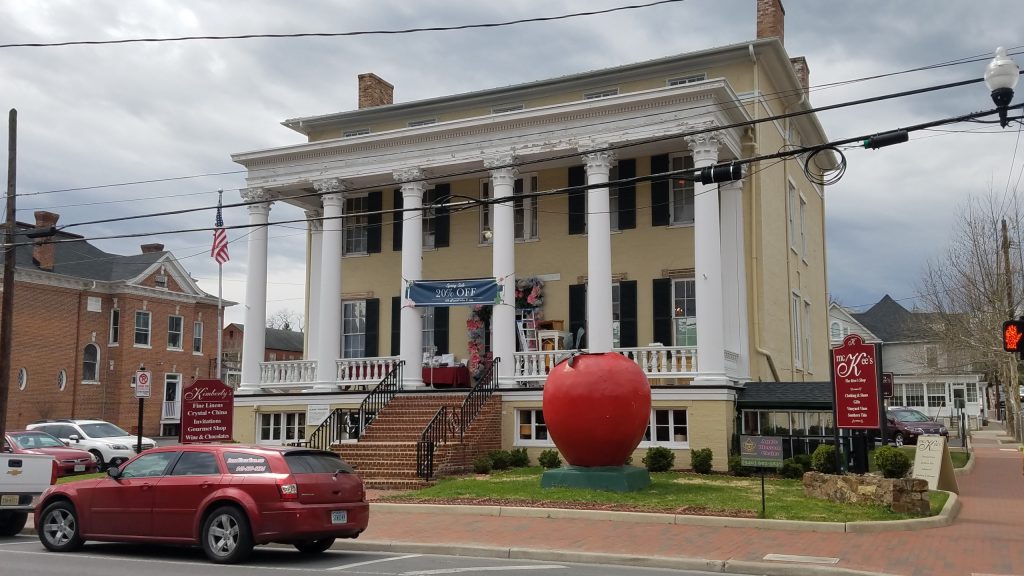 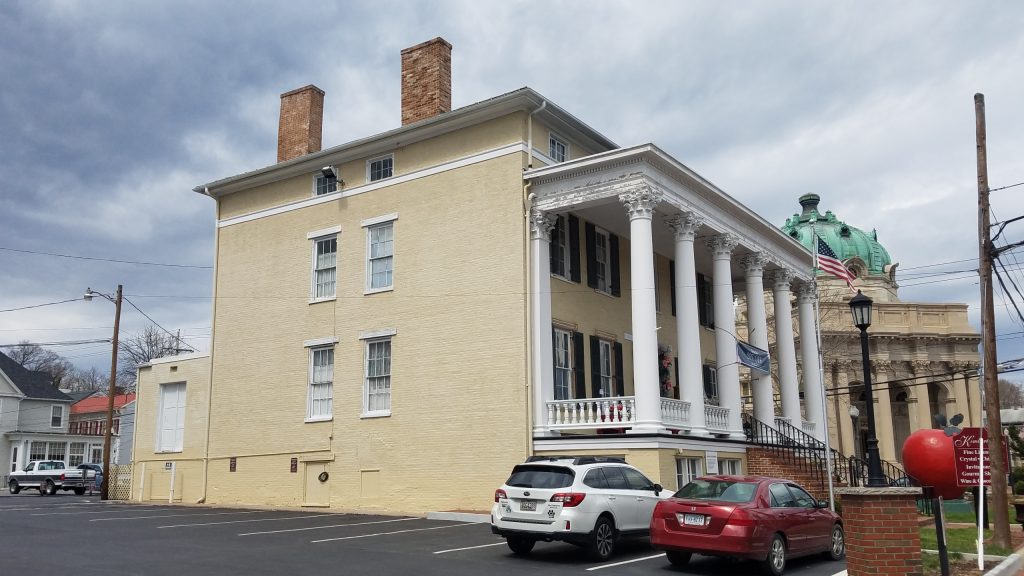 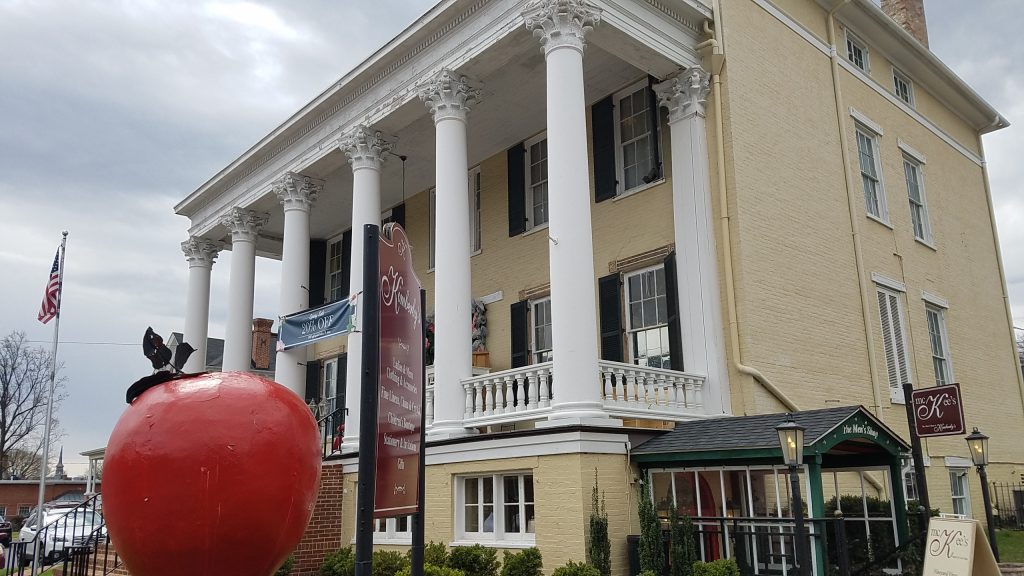 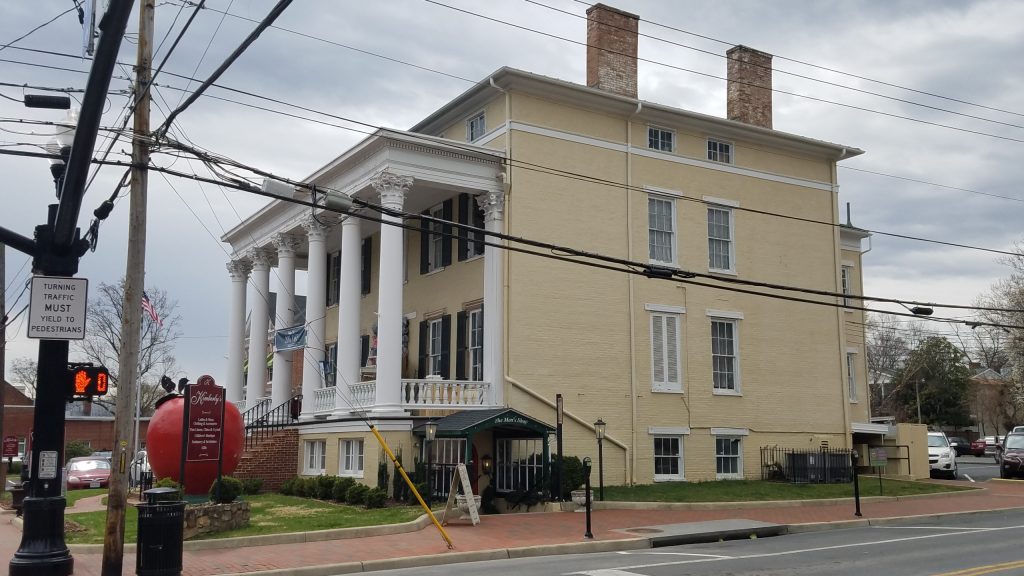 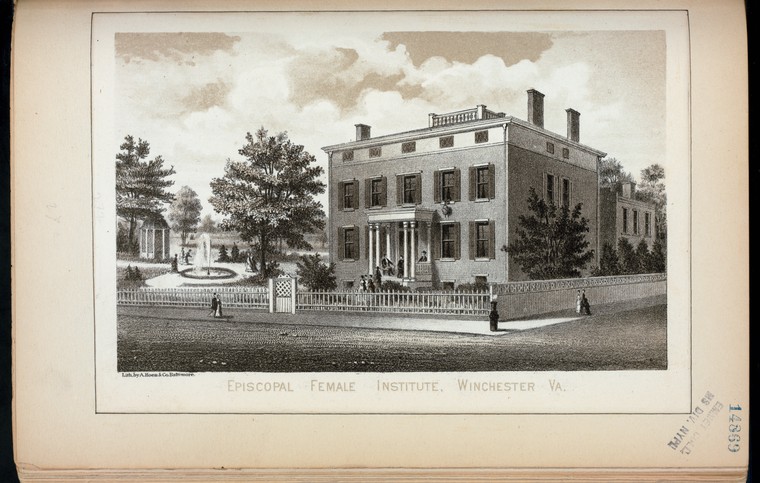 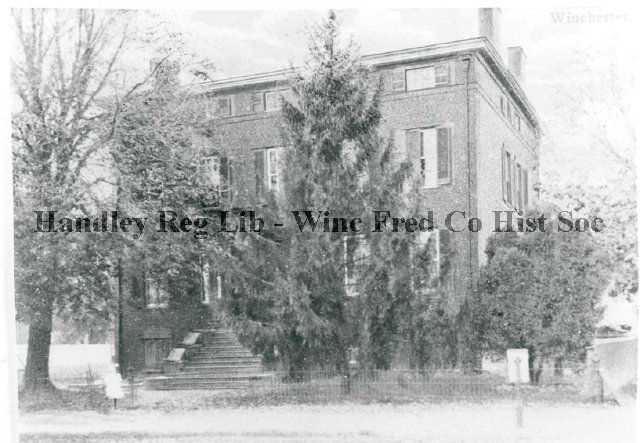