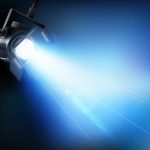 Today’s Historic Homes of Winchester Spotlight shines on The Fuller-Moore House located at 415 North Braddock Street.  Those “in the know” may know this by it’s more popular moniker, Stonewall Jackson’s Headquarters Museum.   It stands on a five-acre out-lot, called Lot 52, as defined in the John Baylis plot of Winchester in 1752.  Lord Fairfax required that this lot also be coupled with Lot 47, which was a half-acre in-lot.

In July of 1789 these properties were conveyed to Dr. Andrew Friedley, who served as a surgeon for Virginia Troops under General George Washington during the French and Indian War.  He was also one of the founders of the Lutheran Church in Winchester, the ruins of which you are still able to see on the grounds of the Mt. Hebron Cemetery.  His home was in the in-lot, Lot 47, located at the southeast corner of Kent Street and Piccadilly Street.  We will fast-forward through several of these properties’ conveyances to 1853 in order to get to the first surname attached to the home.

The out-lot number 52 was obtained by William McP. Fuller in November of 1853.  It was built in 1854, the house which stands on the property of what is now known as 415 North Braddock Street.  In April of 1856 the property with the house were sold to Colonel Lewis T. Moore. 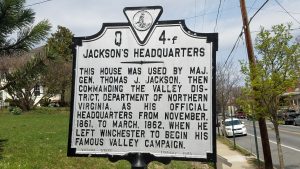 During the Civil War, General Jackson was moved from Manassas to Winchester to command the Confederate Army of the Valley, of which there existed the 4th Virginia Volunteers Infantry Regiment, commanded by none other than Colonel Lewis Tilghman Moore.  Well, it seems that General Jackson’s original plans for headquarters at the Taylor Hotel (down on the Old Town Historic Walking Mall) proved to be just too busy for his duties.  And when Colonel Moore learned of this, and due to the fact that he was away from his home at what is now 415 North Braddock Street recovering from wounds suffered battling on Henry Hill at First Manassas, he invited General Jackson to use the home as his headquarters as it was much more serene a venue than the busy center of town at the time.

This house belongs to Lieutenant-Colonel Moore, of the Fourth Virginia Volunteers, and has a large yard around it.  The situation is beautiful.  The building is of cottage style and contains six rooms.  I have two rooms, one above the other.  My lower room, or office, has a matting on the floor, a large fine table, six chairs and a piano.  The walls are papered with elegant gilt paper.  I don’t remember to have ever seen more beautiful papering, and there are five paintings hanging on the walls.”

Colonel Moore was an active military officer.  He was on duty at Harper’s Ferry during the John Brown Raid and also fought in the aforementioned First Battle of Manassas, where he was wounded.  And a couple of other interesting bits of interesting information:

The home transferred ownership many more times between Moore’s Estate in 1899 until 1960 when it was ultimately conveyed through significant efforts of a Jay Johns to the City of Winchester and his desire to memorialize Stonewall Jackson.  The Stonewall Jackson Headquarters Building was carefully restored and furnished and is currently open to the public.  So this is definitely one of the historic homes we feature that you can actually get inside and have a look around!  The photos: 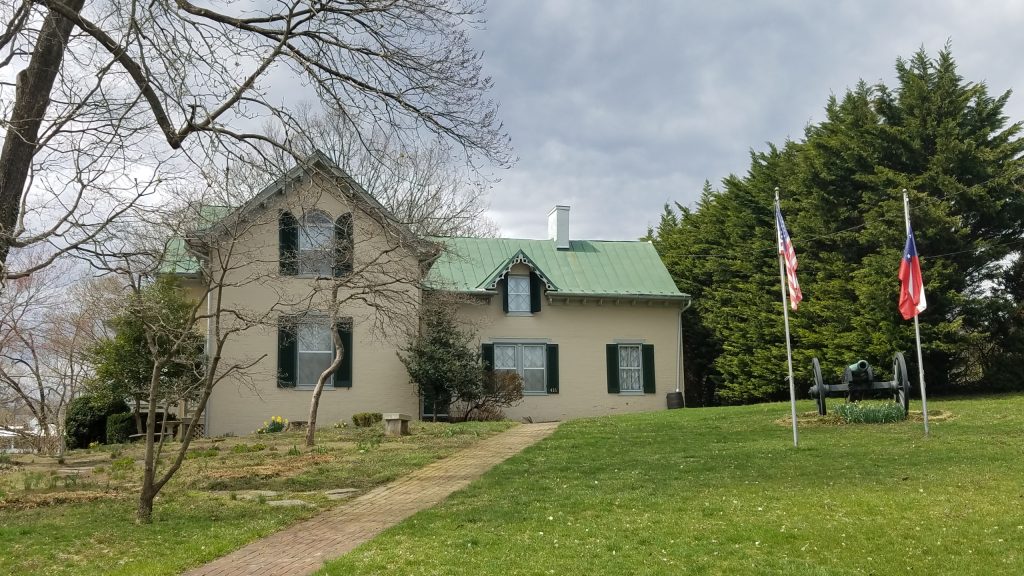 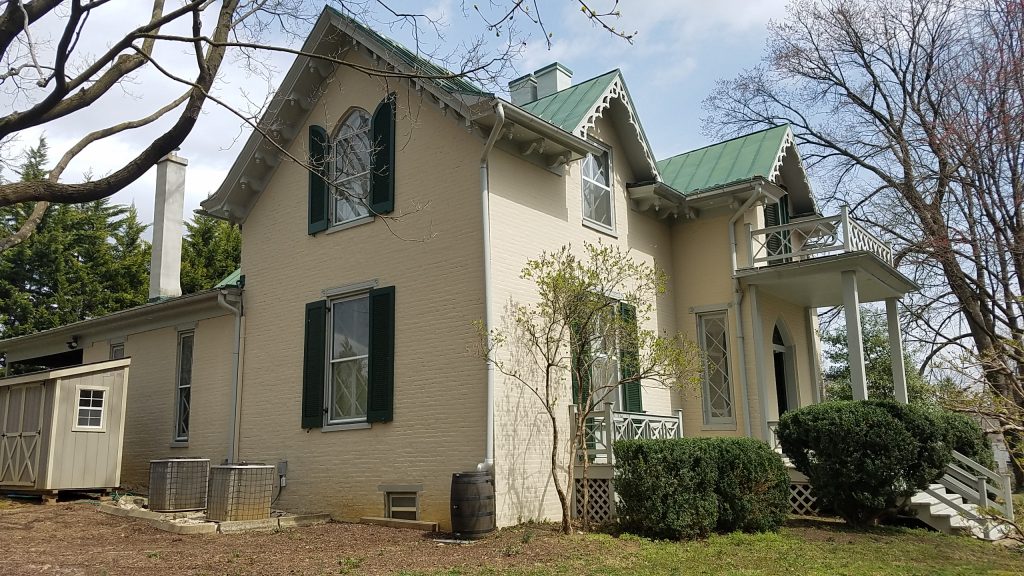 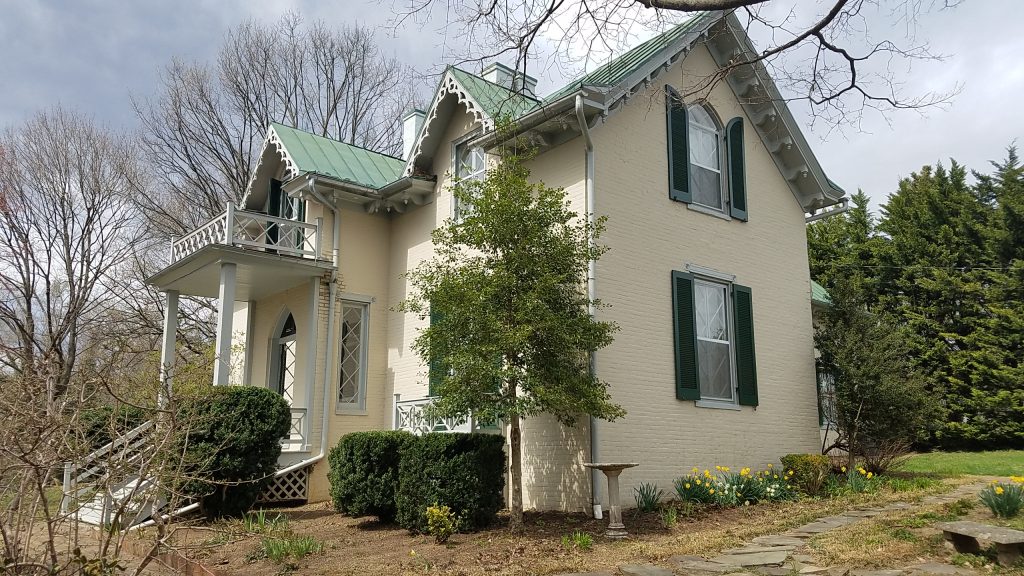 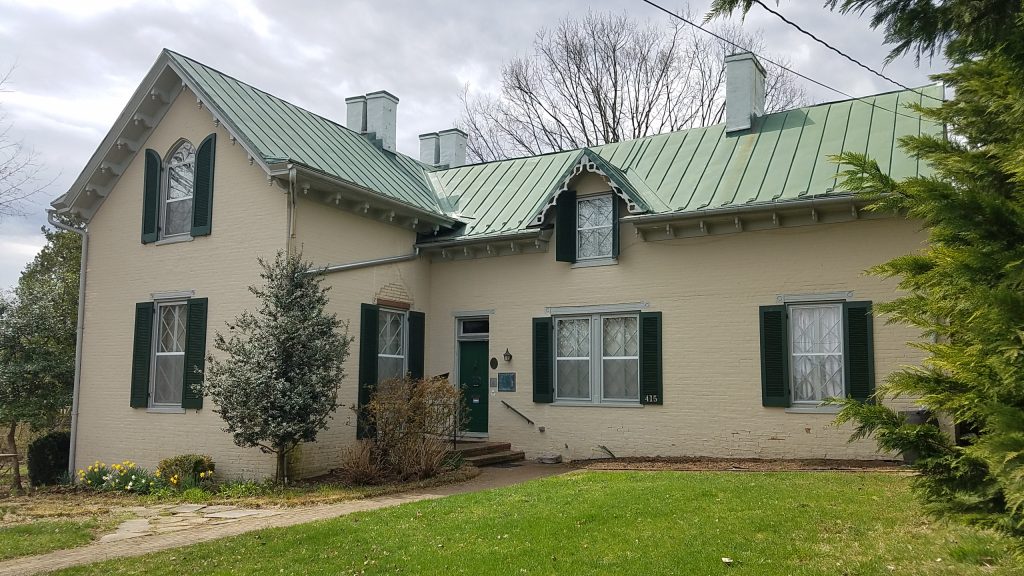 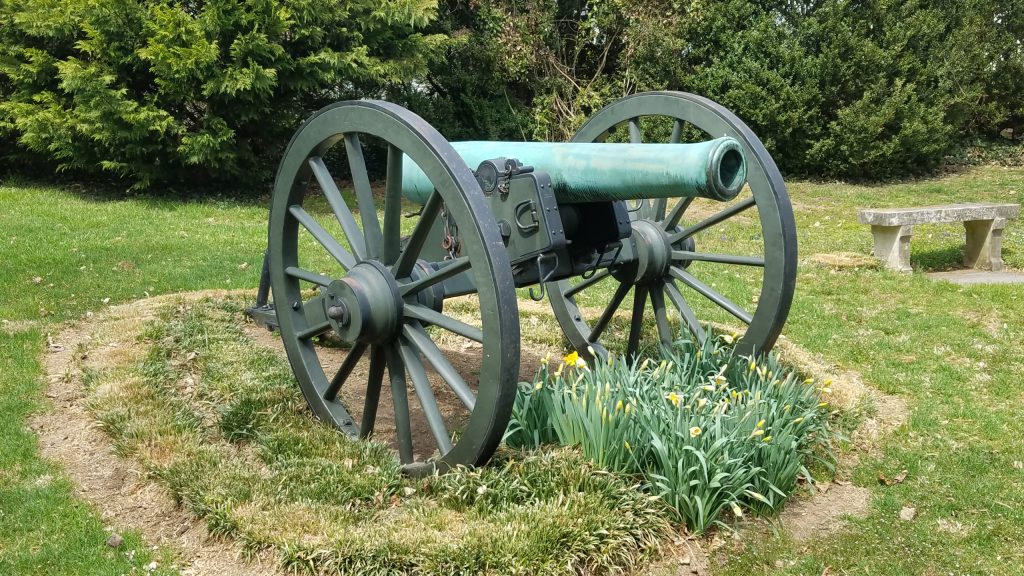