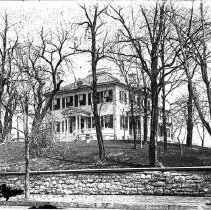 Winchester Historic Homes – The Conrad House:  The Conrad House once stood along Cameron Street, specifically 12 North Cameron Street, before it was razed in 1970.  Though historically a substantial loss for the community, the battle that raged between preservationists and the city during the preceding years is often credited for the subsequent many and great historical preservation successes that have followed!

As it is no longer standing, unlike much of the rest of our Historic Homes features, we couldn’t run around town and get photos of The Conrad House, so we sourced photos from the Handley Library Archives (in case you couldn’t tell by the watermarks on some of the photos), and it was so fun and interesting that we provided a link down below to the very same archives if you want to see more on this or any other historic building we’ve featured on the Taste Winchester History Blog.

Across Cameron Street from Rouss City Hall, instead of seeing the Winchester Landmark that was The Conrad House, a sprawling mansion sitting a top a gently rolling hill in town,  you’ll see parking lot and the Judicial Center.  After falling into disrepair and being bought by the City of Winchester in 1959, the Merchants Association valiantly fought for it to be saved several times over the course of the next decade.  They were unsuccessful as you can see, as it was ultimately razed in 1970, however, it paved the way for the current Preservation of Historic Winchester and what’s known as the revolving fund.  If you visit that location today, you will notice the stone wall along Cameron Street that fronts the parking lot of the Judicial Center was saved and is original to the location and The Conrad House.

Ray Jennings created the revolving fund to save old homes and modeled it after Savannah and Pittsburgh funds.  Essentially, they buy old homes, remodel them in historically accurate ways and then sell them to someone that will care for them.  They then take that money and reinvest in another home.  The fund has completed almost 80 homes to date, most clustered along South Loudoun Street.  Ray Jennings never got to see the fruit of his labor as he was killed in a plane crash that also took the lives of television talk show host Stephen Colbert’s father and two brothers.

In addition to the razing of The Conrad House, the beautiful hilltop upon which it sat was also eliminated, flattened substantially to create the parking lot and Judicial Center.  Had it been saved, we have no doubt it would have been another remarkable structure that would only add to the charm that these historic homes bring to the downtown area.

From the historical information side, the property was originally Lots 39 and 40 on Cameron Street; Lots 150 and 151 immediately east on Kent Street.  The 39 and 40 lots were laid out in 1752 when Winchester was originally chartered.  The 150 and 151 lots were laid off in the 1759 Fairfax Addition to the Town of Winchester.  It is believed that it came into the possession of the Conrad Family in approximately 1805, though reportedly details of the land’s ownership over the time between 1752 and 1805 are murky at best.  The Conrad House itself was built around 1790, reportedly one of the first brick houses in the Town of Winchester.  Dr. Daniel Conrad was the first of the family to reside here.  It was passed through generations until the last Conrad owner, Holmes Conrad, who was a prominent Winchester attorney, took ownership in 1879.  Heirs to the Holmes Conrad Estate subsequently conveyed the property to H. B. McCormac in 1928; his heirs selling it to the City of Winchester in 1959. 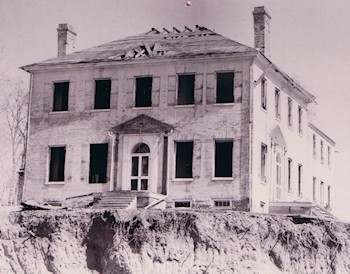 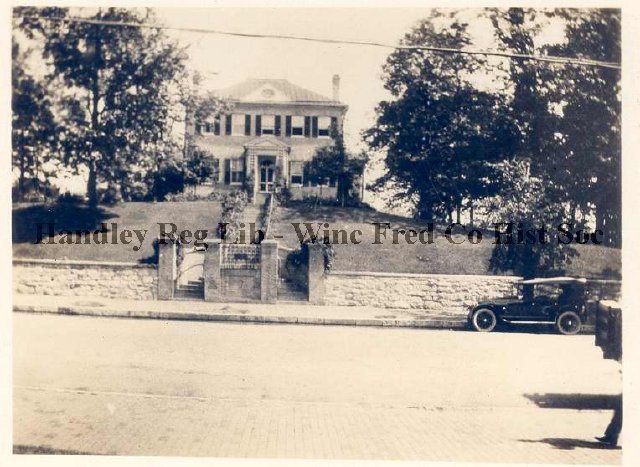 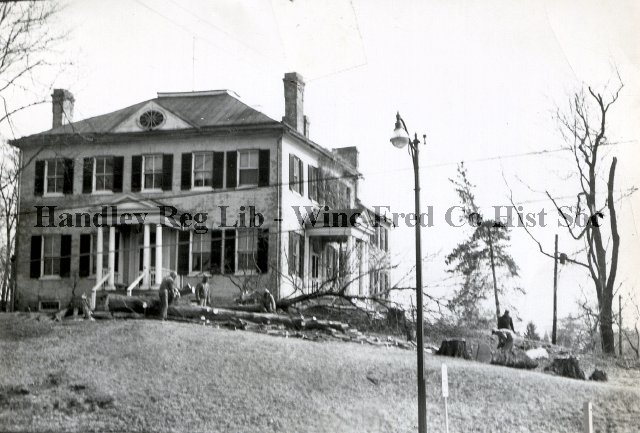 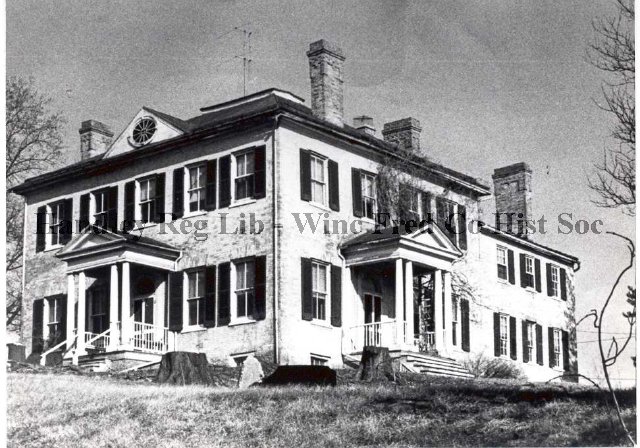 To see more vintage photographs, some of which we obtained from the Handley Library Archives, can be found here:  12 North Cameron Street, The Conrad House.  The saved search that makes that link limits the return to the 76 hits showing photographs, but you’ll be able to see so many great historical photos of both the interior and exterior of the home that is effectively responsible for the great Historic Preservation movement and efforts in the City of Winchester today!  You can learn more about the buildings we have lost and the changes our walking mall buildings have gone through over the years on our upcoming beer tours!  BOOK A WINCHESTER FOOD OR BEER TOUR NOW!

And also do visit the website:  The Preservation of Historic Winchester.  Lots of really great informative articles and photographs and much more for you to learn just a little bit more about the town in which you live or you may be visiting!