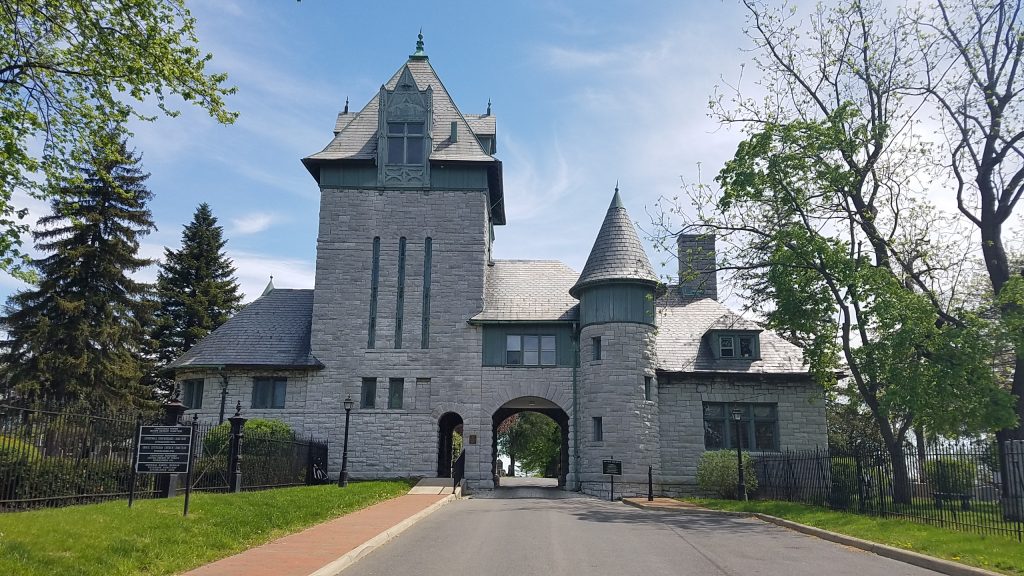 Driving or walking up to the main entrance, you a greeting by a stunning stone Gate House, perhaps the itself the greatest monument at the cemetery attesting to its rich and diverse history.  Mount Hebron Cemetery is defined as “a unique community institution. It is a complex of four adjoining burial grounds embraced within a common enclosure.”

In the northwest corner is the cemetery that surrounded the old Reformed Church. It contains marked graves dating from 1769, though the church is believed to have been erected about ten years earlier, it is presumed that this spot has been a burial place for more than two centuries.

Adjoining the Reformed section is the Lutheran Cemetery, this portion located just north of Mount Hebron’s grand entrance. In its center stands the East Wall, all that remains of the ancient limestone Lutheran Church whose cornerstone was laid in 1764. This church building was not completed until 1793, and it burned in a spectacular blaze in 1854.

By 1842, both the Lutheran and Reformed congregations had abandoned their old churches on the hill in favor of newer houses of worship they had just completed down in the Town of Winchester, but their burial grounds were not similarly abandoned. In 1843, 12 citizens of Frederick County petitioned the General Assembly of Virginia to be chartered as a non-profit organization in order to establish a public cemetery, believed to be the first of its kind in the Town of Winchester. The charter was granted in February 1844.

Five acres of land, adjoining on the east of the old Reformed and Lutheran cemeteries, were purchased and Mount Hebron Cemetery came into being with elaborate ceremonies marking its dedication. It was named after Hebron, that city of refuge where Abraham, the patriarch, the father of the faithful, purchased from the sons of Heth the cave of Machpelah for a “possession of a burying place.”

That original five-acre plot has been expanded by successive purchases of bordering land, and today the cemetery enclosure consists of 56 well manicured and cared for acres. The plot consists of all the land eastward from East Lane to Pleasant Valley Road between Woodstock Lane on the north and Cork Street on the south. 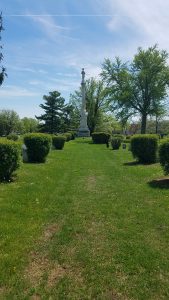 22 years after Mount Hebron Cemetery was established, a fourth contiguous burial ground was dedicated in 1866.  The Stonewall Cemetery is the last resting place for the bodies of 2,576 Confederate soldiers who died in the fields and hospitals of this locality.  Handsome monuments have been erected here by various states and individuals.  Each year since 1866 the graves are decorated and appropriate memorial ceremonies held. It was the exploits in this vicinity of these valiant soldiers and their leaders and the location here of this cemetery which first attracted Judge John Handley of Pennsylvania to Winchester and resulted in his generous benefactions to this city.  Contributions in the amount of approximately $1.6 million were donated by John Handley for the construction of the library and schools.  Though he had never lived in Winchester, he sought and obtained a plot as close as possible to Stonewall Cemetery for his own last resting place

In 1891, as a result of the generosity of Charles Broadway Rouss, a name frequently discussed on our tours, a handsome iron picket fence was erected to enclose the four cemeteries and in 1902 the limestone tower gate, containing the superintendent’s home and office was erected.  (Rouss’s generosity also brought about the existence of the Rouss Fire Hall and the Market Building.)

These hallowed grounds have now for more than a hundred years been cared for with reverent attention by the Board of Managers of the Mount Hebron Cemetery. The members of this board have served always without pay or preferment of any kind. In this task they are assisted by the official boards and interested individuals of the Lutheran and Reformed Churches and the ladies of the Stonewall Memorial Association and the Turner Ashby Chapter, Daughters of the Confederacy. Funds for the beautiful care with which the Cemetery is kept come from charges for current services, the sale of lots, and from income derived from the Perpetual Care Trust Fund which has been accumulated through the years.

Our Tasting Tuesday video segment is followed by more spectacular photographs from the grounds in and around Mt. Hebron Cemetery.  And take the time to get out there and explore this place on a wonderful day, we believe you’ll be awe-struck.  When we travel, particularly overseas, old and/or historic cemeteries, abbys and churches are places we take the time to visit because they are spectacular and inscriptions on headstones can often be a window into the past.  We also realized just how young our amazing country is in comparison to others.  Here we’ll see markers that date back 200, 300 years.  In places such as Ireland, England, Spain and other European countries you’ll see markers that are far, far older than that.

There are periodic $5 guided walking tours (and a self-guided tour app available at the Mt. Hebron websites).  Call the Winchester-Frederick County Convention & Visitors Bureau at 540-542-1326 for future dates and to make reservations. 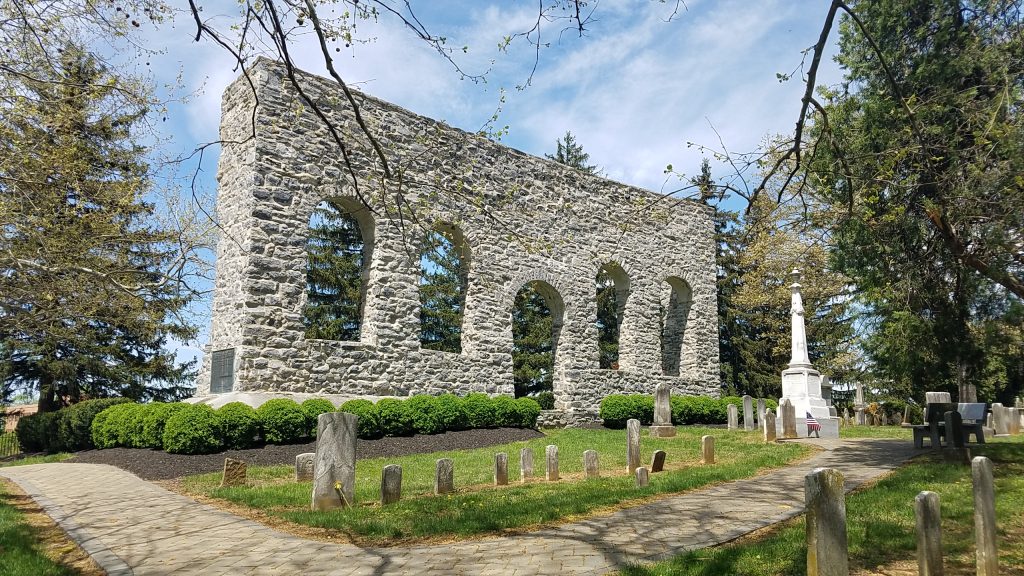 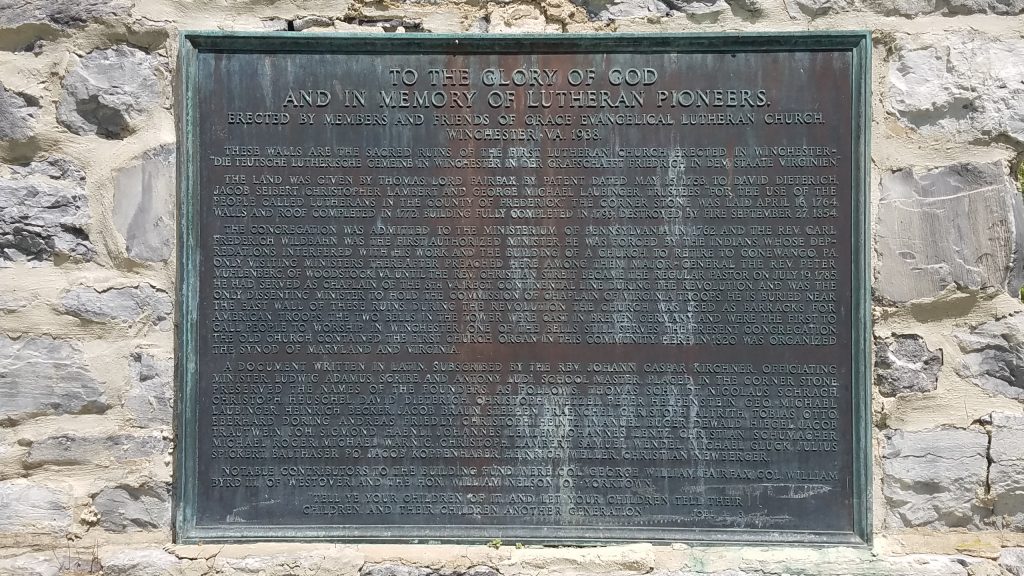 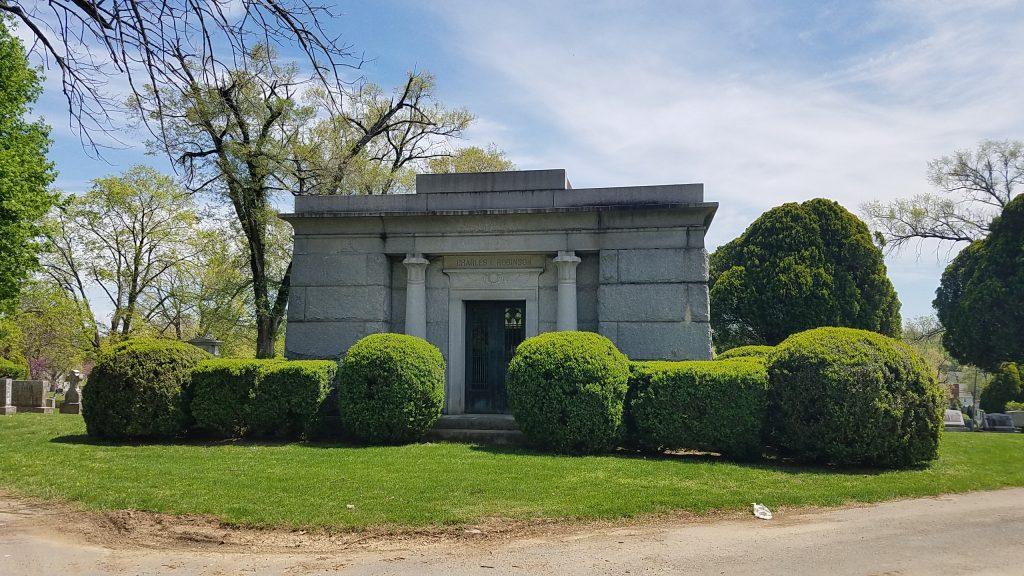 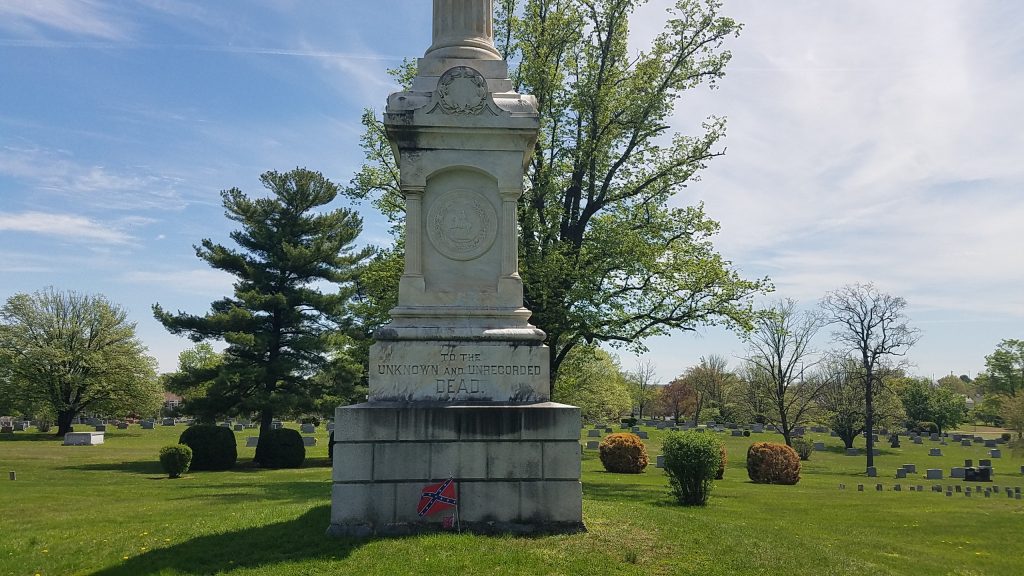 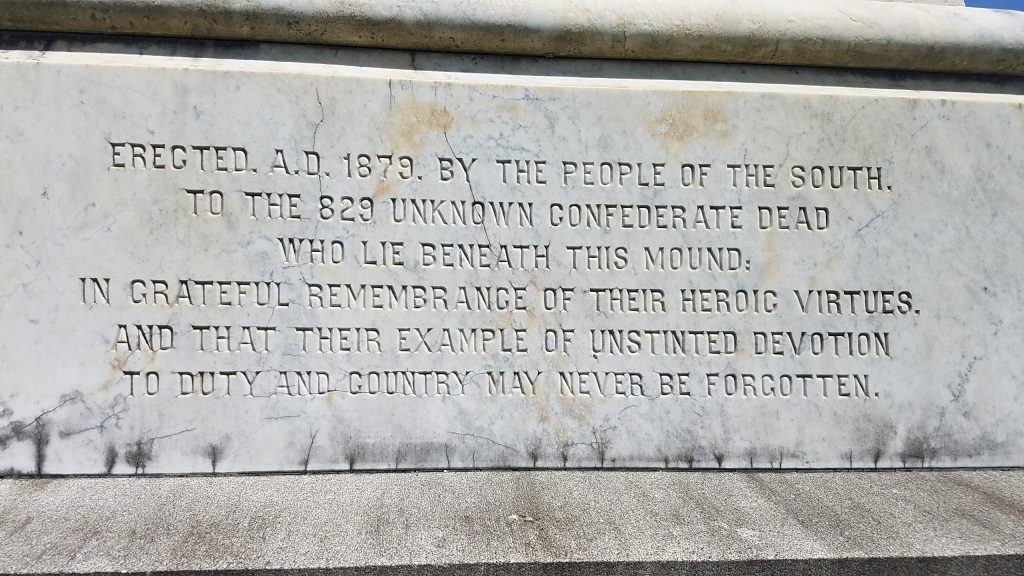 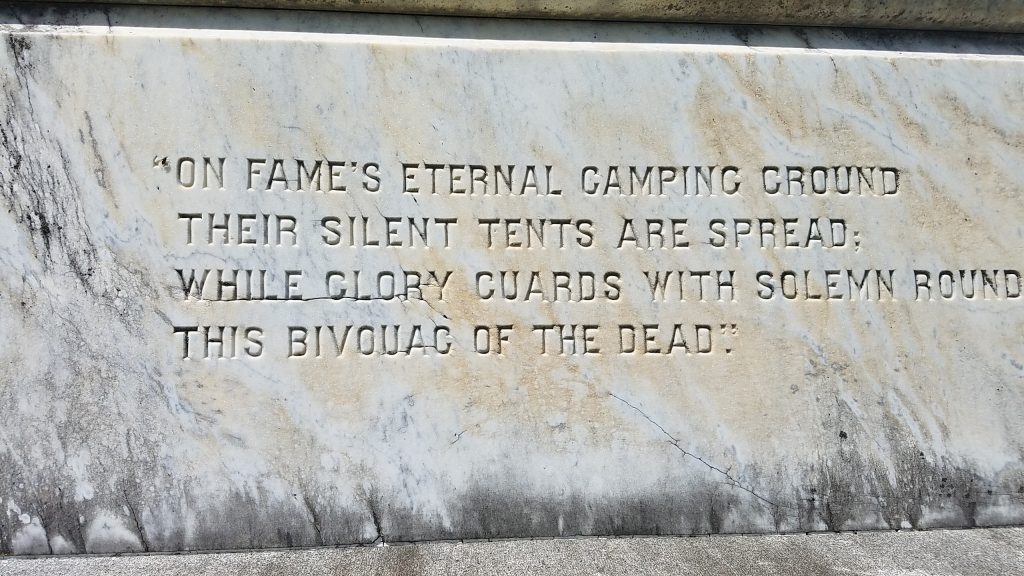 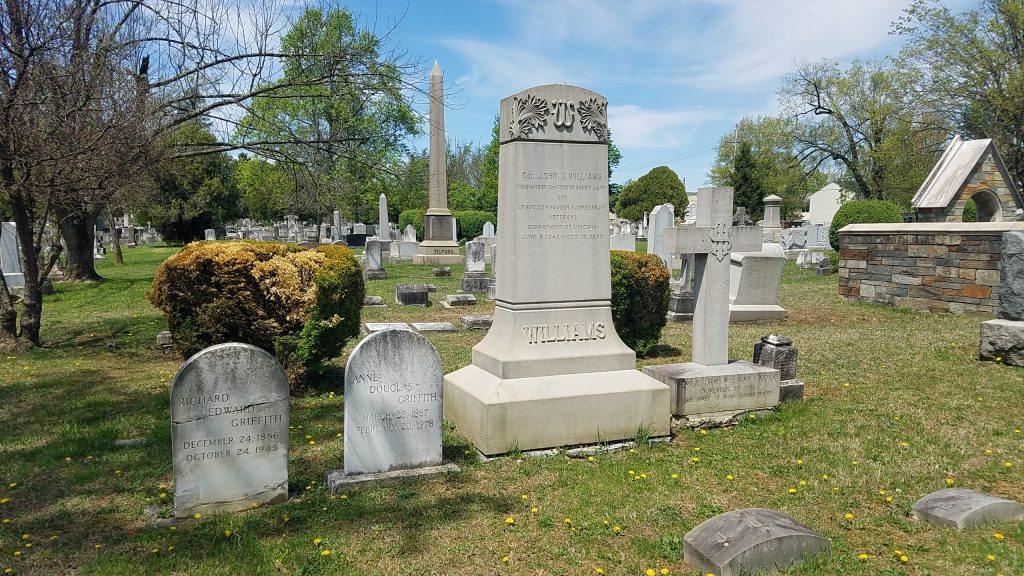 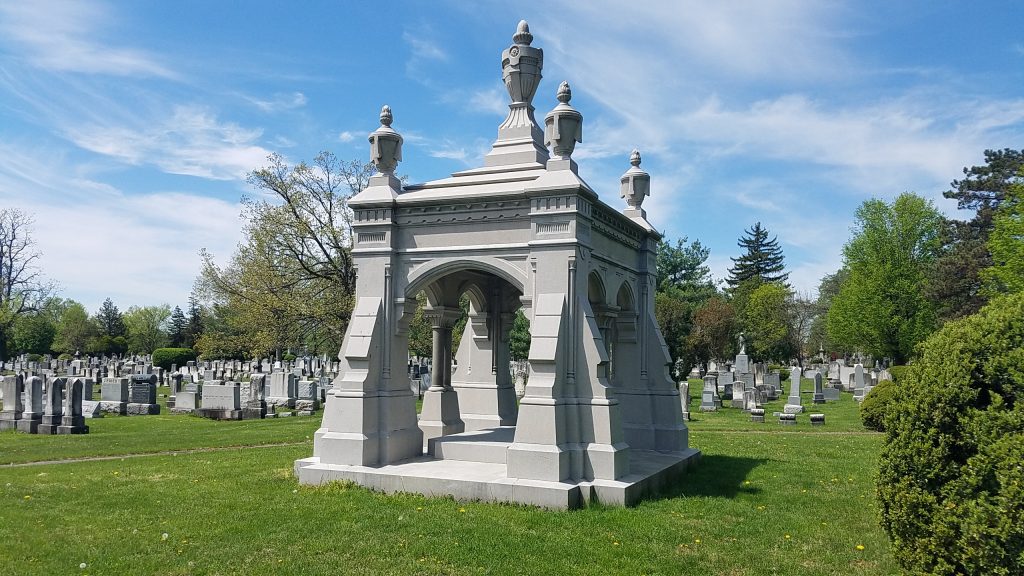