Weird Food Wednesday – Khash:  If your love of cow’s hooves are as non-existent as ours, then you’ll not quite love this dish, but certainly enjoy a brief read about it!   Essentially, cow’s hooves (and sometimes their heads) are stripped of their hair, cleaned and boiled overnight until it becomes a thick, meaty broth and any remaining meat that hooves and head may have — falls off the bone.  Oh, yummy! 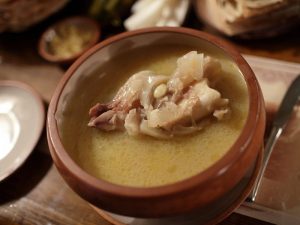 This soup delicacy can be found in regions of the Middle East, Eastern Europe, and Turkey, and generally referred to as an Armenian dish.  In terms of its preparation, no salts or spices are added during the boiling process, but once ready it’s not unusual (and in our minds, probably preferred if you’re sitting down and actually ordering this), for foodies to add such tongue-twisting flavor enhancers as salt, raw garlic, vinegar, and lemon juice.  In some publications, Armenians may add up to eight cloves of garlic to any single portion!  Kisses anyone?  Khash is reported to be an ancient Armenian dish with documented references in texts dating back to the 12th Century.

The hooves are carefully gone over (with a fine tooth comb, maybe?) to remove any stray hairs that remain, then they are soaked in water for at least a day to remove sickness-inducing smells and impurities.  The water is changed frequently until it is no longer a milky white and remains clear, then the chefs know it is ready for the 8-hour minimum boil.  As it is often served at breakfast, these preparers typically will pull all-nighters to ensure that the pot doesn’t run dry.

Legend has it that it has healing qualities and can cure everything from a hangover to the sniffles from a cold.  We can’t tell you if the cure is or isn’t somehow manifested from a strong desire to just not eat it, but who can be sure about anything?  I know, we poke fun at stuff like this because we mention things like hooves, hoof hair, boiled cow head, but when you take a serious moment, where do you think exactly many of the soups we already enjoy as “normal” are derived from?  Or maybe you don’t think about that when you are nursing the chills and a fever and just want to sip on a bowl of hot chicken noodle soup.

Most of the stories we’ve read about it indicate it’s actually not all that terrible and is quite tasty!   It helps that it is generally served with a variety of other foods including hot green and yellow peppers, pickles, radishes, cheese, and fresh greens such as cress and several shots of vodka; and in other regions you might see it served with onions, milk, salt and chacha (a strong brandy).

If you’ve made it this far and are intrigued enough to give it a go, you can read the in-depth article about Khash in this Smithsonian Magazine article which has a comprehensive ingredients list, preparation and serving instructions >>> A Brief History of Khash. 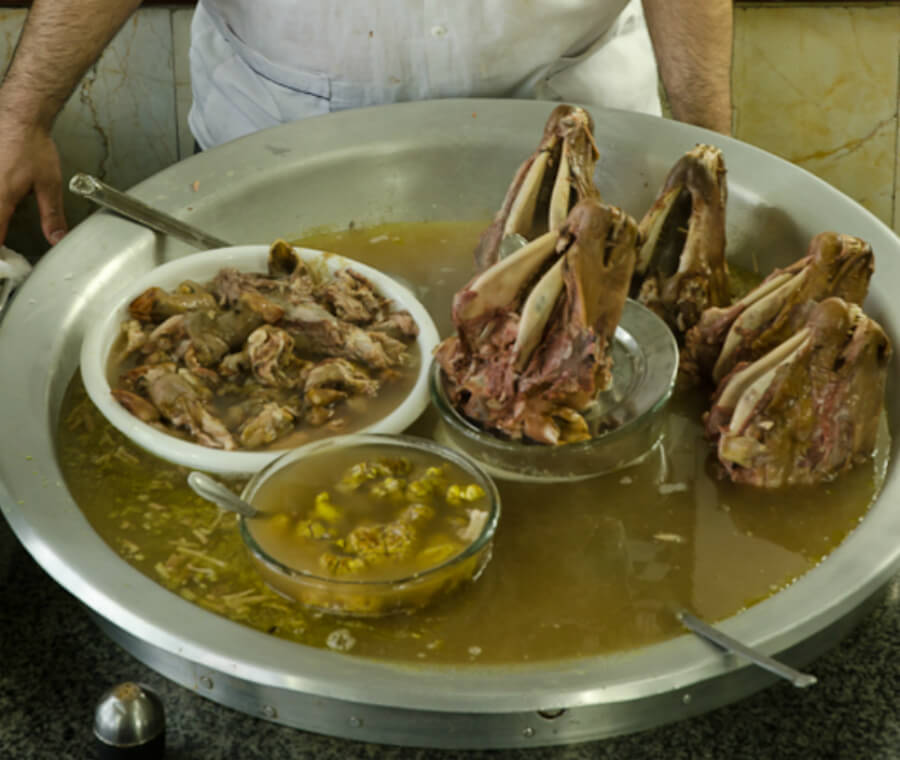