It’s the Winchester Food Tour at Taste Winchester History’s Weird Food Wednesday – Haggis.  And we’ll tell you what, when you get down to the photo, this is a pretty plate of food!  Great presentation, looks tasty, and ready to eat!  It’s country of origin is Scotland.  It’s even the National Dish of Scotland!

But you must know that this is another one from the file for the “adventurous eater” so there must be some ingredients that would be unpalatable to mere mortals (like us).   So getting right to it, Haggis is a savory pudding consisting of sheep’s pluck (the heart, liver, and lungs); minced with onion, oatmeal, suet, spices, and salt, mixed with stock.  It is cooked while traditionally encased in the animal’s stomach, though now often in an artificial casing instead.  Still, that’s probably not likely to be enough for you to find it legally in the United States.

You see, Haggis has been banned from import into the United States since 1971, and apparently remains so, though the reason for it’s original “bannination” is the subject of debate.  Still, imports of traditional Scottish haggis have been banned in the United States because the US Department of Agriculture (USDA) has long-objected to one of the key ingredients in haggis.  That ingredient is sheep’s lung.  No food for human consumption, whether made locally in the USA or imported from overseas, can contain sheep’s lung. You see, Their long-standing hesitancy to allow sheep lungs into human food was reinforced in 1971 with the emergence of a disease called scrapie in sheep and other cattle.  Scrapie is a fatal, degenerative disease affecting the central nervous system of sheep and goats.  It is among a number of diseases classified as transmissible spongiform encephalopathies (TSE). Infected flocks can experience significant production losses.  However, there is no scientific evidence to indicate that scrapie poses a risk to human health or indeed evidence that it has ever passed into our food chain.

So if none of that scares you away from trying this, well, and the airfare to Scotland since you can’t get it here, you can keep reading! Often served with the classic Scottish sides of bashed neeps and mashed tatties (another name for turnips and potatoes), haggis is traditionally cooked in a sheep’s stomach (a historic way of preserving meat), but most haggis nowadays is sold and cooked in a synthetic sausage casing.

So while this is not quite as “weird” as many of what we’ve presented in the past, anything that’s banned in any one or more countries certainly necessitates a higher level of risk-taking by you adventuresome eaters.  Bon Appetit! 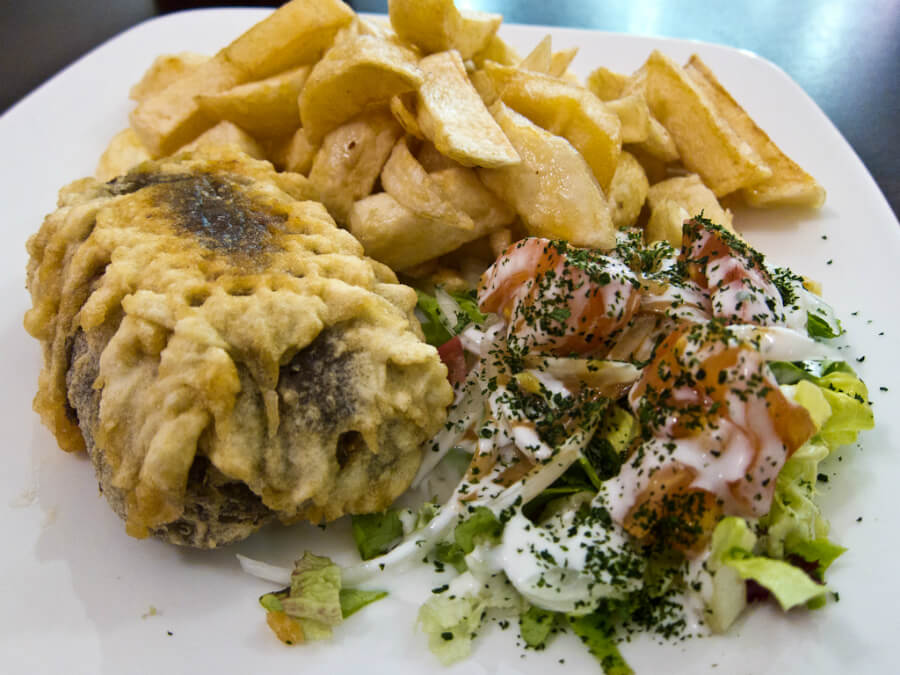