All righty then… it’s neither a century nor a millennium old, but this egg is pretty rotten from our perspective (another one that has not yet included a taste test, to be entirely truthful, maybe with enough feedback Misty can convince Anthony to start incorporating some of these Weird Food Wednesdays into an occasional Tasting Tuesday).

After being preserved in a mixture of clay, ash, and quicklime for a few months, the yolk turns a dark green or even black and slimy while the white has turns to a dark brown translucent jelly.

It purportedly tastes similar to the usual hard-boiled egg many of us know and enjoy from time to time. Apparently it smells of strongly of sulfur and ammonia… if you stopped holding your breath long enough to actually take a whiff. If you’re not familiar with those scents, think about how some of the myths about the century egg came about. Those myths would include preparation steps such as soaking them in horse urine (and if you’re inclined to try this alleged delicacy, trust that such myths are just that… myths). And we would venture a guess that we would not be in a hurry to experience what noxious fumes would result if one were to become a bit gassy in its aftermath. Sulfur and ammonia are scents and flavors that most people do not consider to be appealing on the nose or the palate.

I’m fairly certain we’ve never sat around saying to ourselves, “You know what, darling? I have a craving for something that smells like pee.”

The century egg is a delicacy of China and other Southeast Asian nations. During our research into interesting foods for Weird Food Wednesday, we’re finding this to be a common theme, so it’s clear they have far stronger constitutions for the consumption of such weird foods than we do. On the bright side, it does present as visually appealing! Good luck if you dare give this a whirl. 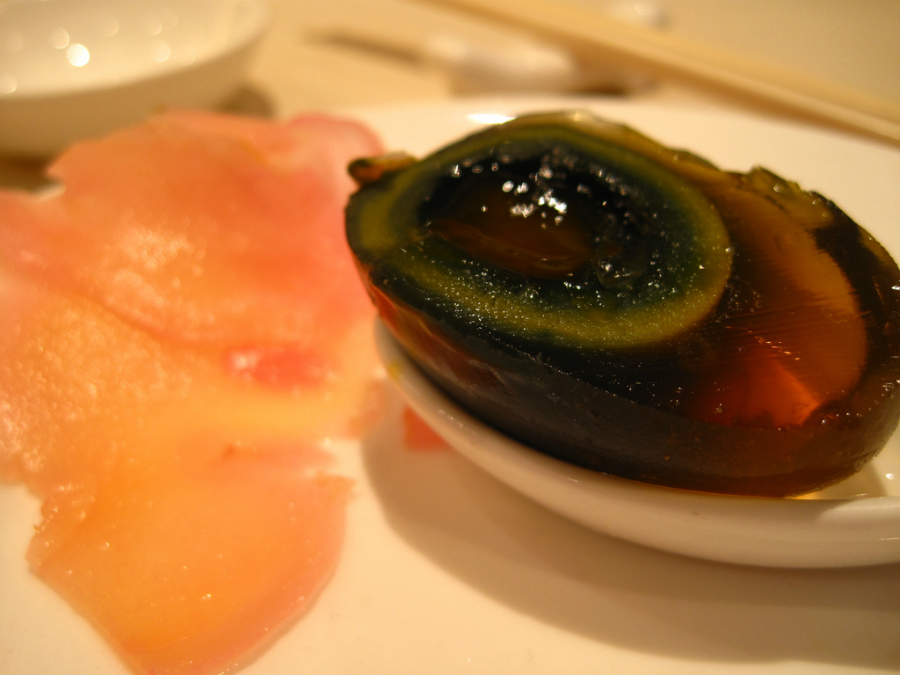