Weird Food Wednesday – Bird’s Nest Soup:  This Asian delicacy (there’s that word again) is made from the nest of the swiftlet bird, who instead of collecting twigs for its bed, builds it out of its own gummy saliva (yum), which goes hard when exposed to air.  Usually they’re built high up on cliff faces, and harvesting them is a dangerous endeavor.  So dangerous is the harvest that many people die each year trying.

Now, we love ourselves a lot of soup, but none to the point where we would die trying to make it nor would we be happy to learn others have trying to make us a can of hearty tomato to go with our grilled cheese.  In the case of bird’s nest soup, we’re not sure what about its ‘rubbery taste’ is worth this human sacrifice, but we’re not likely to find out anytime soon.  Or ever. 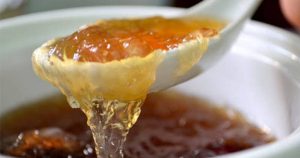 It’s one of the most expensive delicacies in China, and is known to cost well over $100 U.S. an ounce!  The shallow cup-shaped nest that hang from the sides of caves takes the swiftlet bird over 30 days to build. And for hundreds of years, bird’s nest soup has been prized for its health benefits, especially increasing libido.  It seems to us that a lot of Chinese delicacies are excellent for libido, maybe that explains why the country is so populous!  In everything we’ve read, it’s gelatinous, generally devoid of much in the way of flavor, and most curious eaters who decide they want to try this do so for rarity, the tradition, and the experience of ancient Chinese superstition.  And perhaps the libido stuff, let’s be honest, libido stuff is probably part of the equation.

So if high on your bucket list is to try the libido-enhancing bowl of bird-spit soup reconstituted from nesting material, be prepared to pony-up at least $100 an ounce, probably more for the experience.  Of course, that’s probably less expensive than your out-of-pocket costs for Viagra or Cialis, so there’s that.  It’s a budget-buster for the Taste Winchester History Food Tour, so don’t expect you’ll be seeing this as we stroll through Old Town. 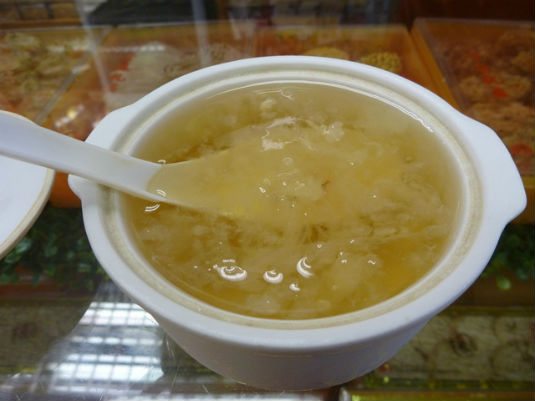